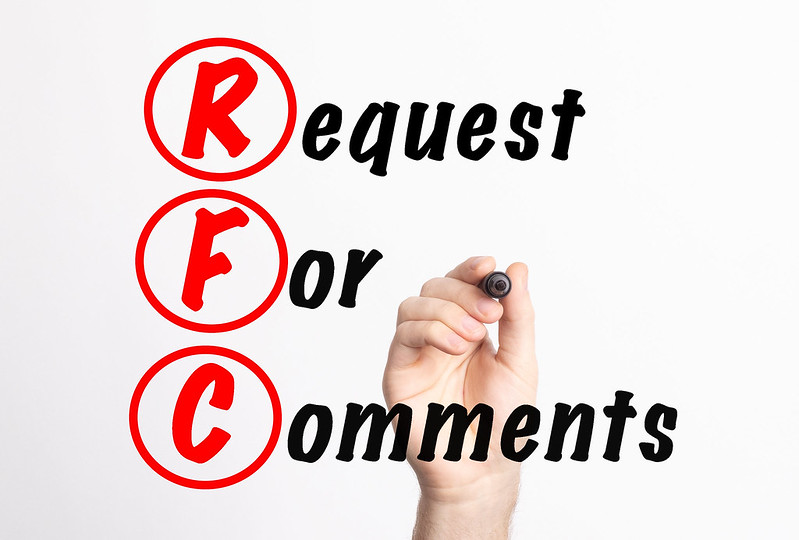 In my day-to-day work (audits, project management, project oversight, architecture, …), I usually see Citrix NetScaler ADCs administered by someone else. In my audits, one of my first steps is checking for a consistent naming scheme. NetScalers tend to be chaotic if naming is chaotic.

Of course, one can argue that the naming of objects is not essential, but for me, it is also a gauge of how clean and orderly administration is. Furthermore, administering a larger, more complex environment from the command line only makes sense if there is a consistent naming scheme.

Some of my clients ask, “What should the naming of the objects be? Do you have a suggestion? Just saying it’s bad the way it is isn’t that helpful!” That’s true, and for many years I’ve had my own naming scheme, and that’s what I want to present here.

The title of this blog post says it all: an RFC is an attempt to normalize things. At the same time, it is not comparable to standards like ANSI (American National Standards Institute) or DIN (Deutsche Industrie Norm), or even more important, ÖNorm (Austria’s answer to ANSI), but actually something completely non-binding, a Request For Comment. It does not go beyond a proposal. Some of the RFCs have become so widely accepted in the industry, that you can speak of a de facto standard, others again have remained more or less ineffective.

By the way, in many cases, you can simply rename objects to make naming more consistent. You have to mark the object, then you can find rename in the Actions dropdown list. 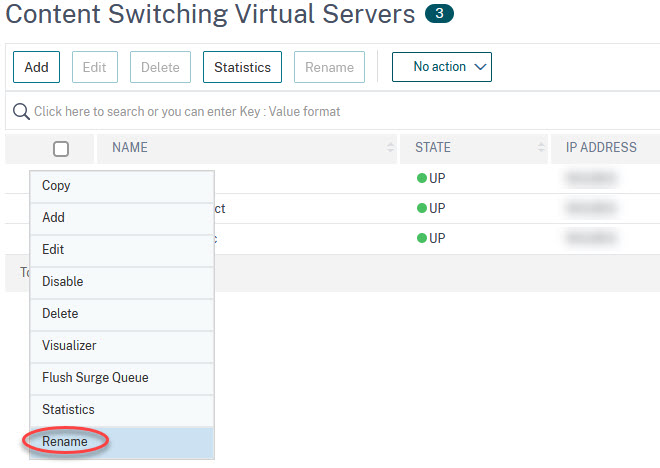 The structure of naming

This syntax is well-kept throughout the product and I find it very good.

… is therefore based on this syntax. The first part of the name denotes the object, the second the subtype. I divide the two with an underscore, following Citrix’s naming schema. For the names of the objects and subobjects, I stick roughly speaking to the command-line syntax.

I never use spaces in naming, even though it would be possible, as this would lead to a complete mess from the command line!

The most important Objects

While it’s easy to find all possible objects (just type add and then press the tab key twice), it is hard to find out all possible subobjects. So the list of subobjects will very likely be incomplete.

I am unsure about the virtual SSL servers. Some tend to replace the server type with ssl (ssl_vs_…). Personally, I put an _ssl at the end, because this keeps the type of server recognizable. lb_vs_web_ssl would be the ssl server for the website with this naming convention, compared to ssl_vs_web. In many cases, I don’t use ssl at all, as we generally use ssl all over our deployment and non-encrypted access is hardly used. cs_vs_ssl_redirect would be the server I use to redirect to SSL.

In many cases, servers get created on the fly, and their name, therefore, is equivalent to the IP address. Unfortunately, if you change the IP address, the name and the IP will differ. That’s why I prefer to name servers correctly.

Normally, a policy consists of a name, an expression, and an action. The expression is the “if”, and the action is the “then”. If the URL is /red (HTTP.REQ.URL.EQ("/red")), then we perform the action. In many cases, the action is used for one policy only. In this case, I try to keep the names of policies and actions similar. An example would be rs_pol_sselredirect using the action rs_act_sselredirect. This helps an administrator to keep track of policy/action pairs.

Citrix distinguishes between actions and profiles but does not always distinguish according to comprehensible criteria, and the documentation is not always consistent, especially with authentication. The difference is marginal, an action is rather simple, a profile of complex nature. To avoid confusion, I, therefore, do not consider this difference, I call both actions.

a more complete list of Subobjects can be found here

While it’s easy to find all possible objects (just type add and then press the tab key twice), it is hard to find out all possible subobjects. So the list of subobjects will very likely be incomplete.