We do Citrix training and Citrix consulting. We are specialised in Citrix ADC (formerly NetScaler) and Citrix SD-WAN (formerly called Citrix Cloud Bridge). We also have solid knowledge of Citrix XenDesktop. 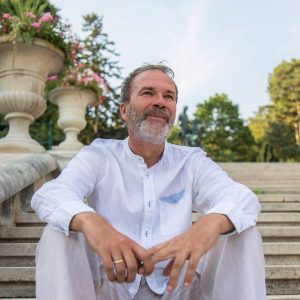 Johannes started his carrier in the computing business in 1991 when he got headhunted to develop a stock management application for a special engineering company. When this company had to declare bankruptcy in 1992, he joined the company of his wife Elisabeth. She founded her software development company back in 1982. Together they developed CRM and payroll applications mainly for health care businesses.

In 1995 Johannes got his first Microsoft Certification (he was one of the first 500 guys worldwide certified on Windows 95) and changed into networking business, mainly for interactive UNIX and Windows NT.

In 1997 Johannes got asked to train classes about TCP/IP and Terminal Services for NT4. This was the first time he taught and also the moment he came into contact with Citrix. It was love at first sight.

In 2020 Johannes got promoted CTA. CTA is a small circle of outstanding Citrix technicians. It’s an invitation-only program by Citrix. CTAs get first-hand information and get invited on a regular base to speak at Citrix conferences. Johannes speaks at Citrix conferences like Citrix Convergence or CUGC und CUGC XL events. The session on Citrix Convergence 2020 had been recorded and is available on YouTube. 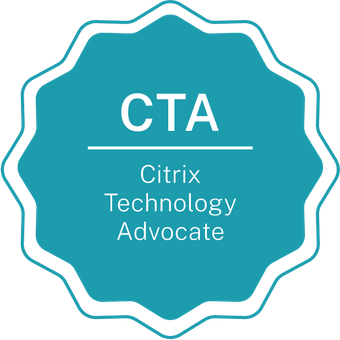 Johannes and Elisabeth had both been educated at HTL in Innsbruck, Anichstrasse. Both hold the title Engineer.

Citrix is publishing their Batches at Credly’s. Credly’s acts as a witness that I do in fact hold these certifications.

Besides Citrix, there are some other certifications of minor importance (Microsoft, F5, …)

Elisabeth and Johannes both love backpacking and cycling. They did several long-distance trails, the longest so far had been E4 Greece: round about 1,000 km from Florina (next to the Macedonian border) to Delphi (near Corinth) in 1991 and GR11, 900 km in Spain (from Irrun to Cap de Creus, always on top of the Pyrenees) in 2016, 700 km in Bulgaria (Kom-Emine, E3, on top of the main ridge of the Balkan mountains) in 2017, 850 km in Italy (most of the way on GTA, running from Valle d’Aosta to Ventimiglia, crossing several ridges of high mountains every day in 2018) and Turkey (780 km from Istanbul to Konya following the Sufi Trail, an old way to Mekka, in 2019). They also like running (together they won a total of 7 titles at Austrian championships in track and field), Johannes is a passionate cycle driver, you may see him driving his red Riddley racingbike all over Austria, or, together with Elisabeth, their Duratec tandem racing-bike. Johannes also likes to write stories in German language and loves photography. Elisabeth is very interested in all kinds of sports.